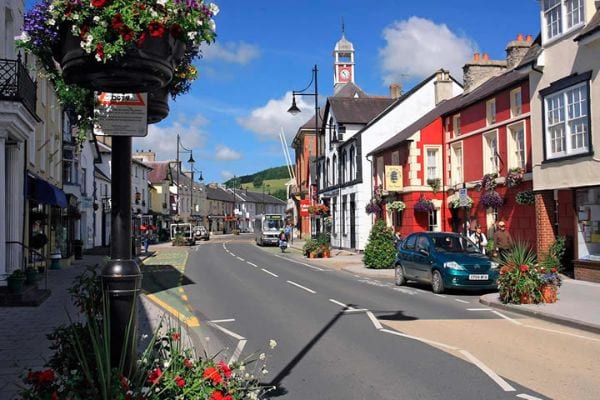 The Town of Lampeter was delighted to learn that it had received Certification of Accreditation as a Member of Walkers are Welcome C.I.C. on 5th. November, 2019. There has always been a welcome for walkers in Lampeter, and there has been a thriving and dynamic Ramblers Society in the town for many years. Because of this, much of the criteria for accreditation already existed. 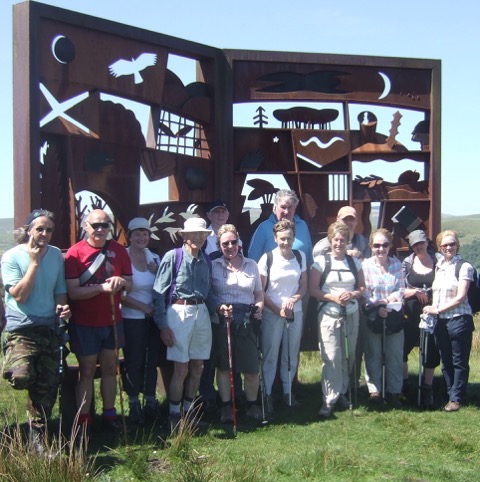 The Langholm area is characterised by beautiful river valleys between green, rounded hills. The hills in the area covered by The Langholm Walks Booklet are not of great height – The highest point is 1705ft.- but many of them command magnificent views. The valleys of the Rivers Esk, Ewes, and Wauchope waters are extensively explored and contain many lovely corners that can only be reached on foot. 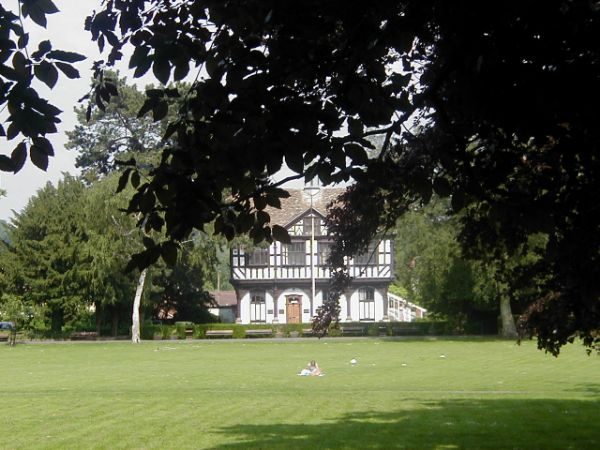 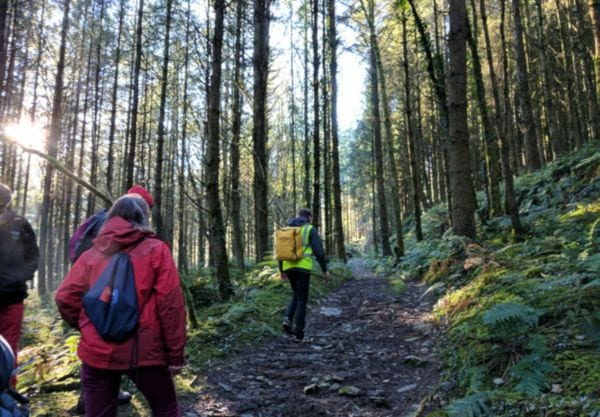 Llandysul and Pont-Tyweli are separated by the River Teifi, in an ancient river valley, surrounded by woodland and farmland. 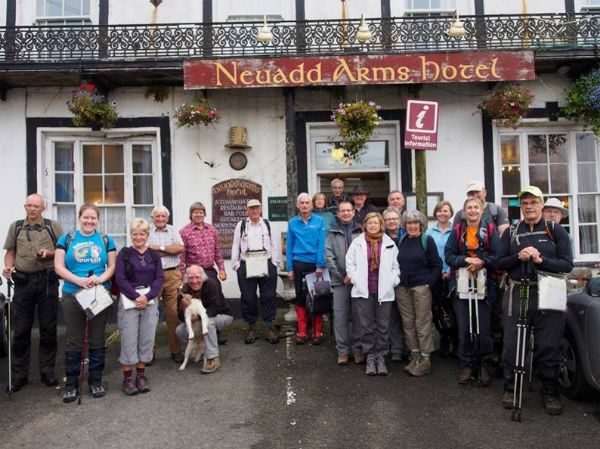 Llanwrtyd Wells is the smallest town in Britain. We are situated at the Heart of Wales on the edge of the Cambrian moutains. The town is famous for event tourism. We hold many iconic events such as Man V Horse, World Alternative Games and World Bog Snorkelling. We are also a town with a long and proud tradition of organising long-distance walking events. We were the first town in the Uk to organise an International Walking Festival. We also hold several fun walking events that are organised around themes, such as the well-known Real Ale Ramble. 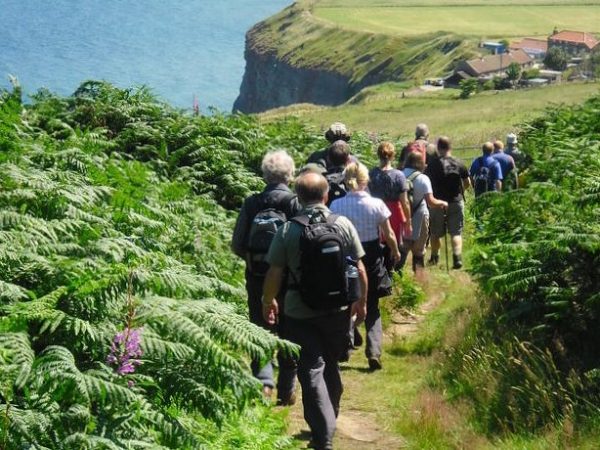 The town name Loftus is derived from the historic name Lofthouse which is recorded in Domesday as Loctvsv ( from Lacht-hus or low houses) and is described by the historian Ord as a settlement of great antiquity.The Town is located north of the Cleveland Dyke and approximately 1 mile south of the England Coastal Path at Hummersea Point.The area has had settled communities since early Neolithic times and the ancient paths connecting Coast to Moors are still walked today. 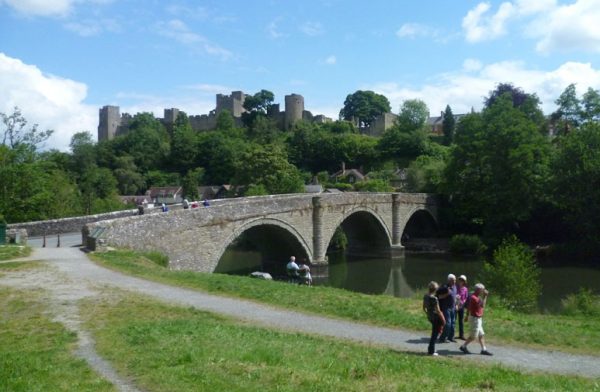 Ludlow is not just a beautiful historic market town with a reputation for good food but is also fantastic for walking. The town is surrounded by the gorgeous countryside of the Shropshire Hills Area of Outstanding Natural Beauty, Mortimer Forest, Mortimer Country and North Herefordshire. There are varied walks in all directions – along riversides, through forests, farmland, to ancient heritage sites such as hill forts and to the top of some impressive hills such as Titterstone Clee Hill which dominates the Ludlow skyline.

Located on the stunning North Devon coast and surrounded by the breathtaking scenery of Exmoor National Park, it’s easy to see the appeal of Lynton & Lynmouth as a top walking holiday destination. From the dramatic and rugged coastline and open moors to secluded river valleys and wooded cleaves, it’s amazing to find such a rich and varied landscape within this small, yet outstandingly beautiful corner of England. 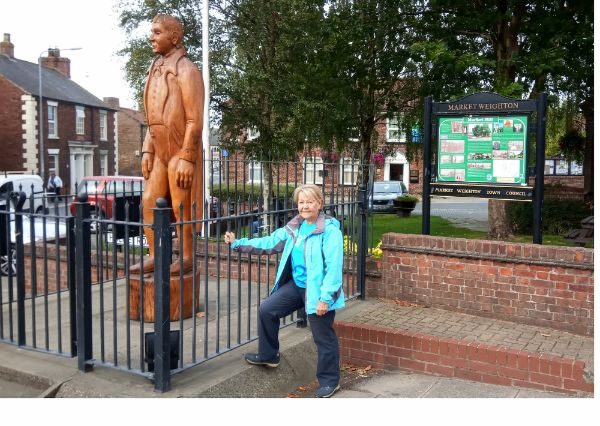 Market Weighton is a small town, population a little over 6,ooo The town is at the foot of the Yorkshire Wolds with many walks and trails leading off in all directions, up onto the Wolds Way, along the old rail track to Beverley also you can head south along the old Market Weighton canal.
. 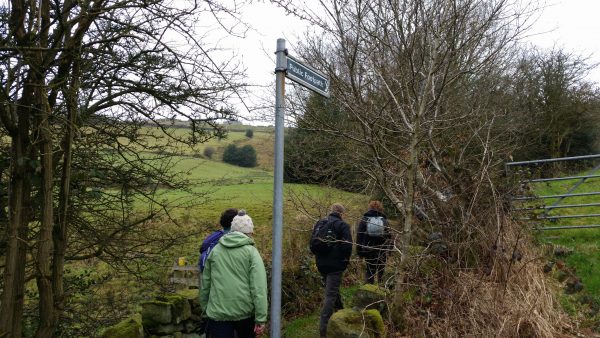 Marsden is a large village with a population of approx 4400, nestled at the top of the Colne Valley, West Yorkshire. Marsden is an ideal walking location, located midway between the conurbations of Manchester and Leeds and situated close to the northern edge of the Peak District, near to the Pennine Way. It is surrounded by open moorland and offers river, canal and woodland walks, too. As well as 25 miles of WaW waymarked routes, there are over 60 miles of public footpaths available to walk. 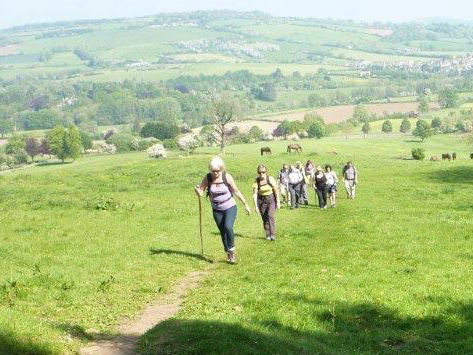 A community of around 1300 7 miles to the West of Worcester with western boundary as the River Teme. The East Malvern Fault runs through the parish dividing the area into a flattish flood plain and hillier and more ancient rocks. There are 7 geological periods in the parish. We provide two long distance walks, 3 dedicated to geology and 9 general circulars. 2 local pubs, good shop and garage, secondary and primary schools, village hall, sports field, sports centre, Norman Church with oldest set of 6 bells in the country, well used. A number of small businesses, much agriculture. 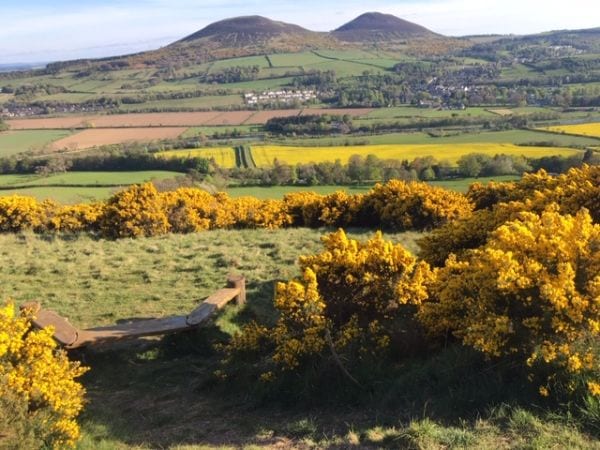 Melrose is a small town in the central Borders situated at the foot of the Eildon Hills, close to the river Tweed. It has excellent visitor facilities and the local path network provides the perfect opportunity to explore the surrounding landscape and it’s many historical connections together with our paths booklet.

Meltham is a small town and civil parish within the Metropolitan Borough of Kirklees, in West Yorkshire, England. It lies in the Holme Valley, below Wessenden Moor, four and a half miles south-west of Huddersfield on the edge of the Peak District National Park. It had a population of 8,089 at the 2001 census, which was estimated to have increased to 8,600 by 2005. The population assessed at the 2011 Census was 8,534. Meltham is surrounded by a network of public rights of way, including 10 waymarked and documented routes. It is 2.7 miles from the Pennine Way. Meltham centre is well supported by local shops, cafes and pubs and has free car parking.

Situated on the northern bank of the River Tees (5 miles south of High Force) in the North Pennines Area of Outstanding Natural Beauty, the small market town of Middleton-in-Teesdale is an ideal base for those who want to escape the crowds. Its mass of footpaths allow walkers to explore not just the beauty of the area (its waterfalls, hay meadows, dales and moorland), but also the remarkable history, geology and botany for which it is internationally famous. Three long distance trails (the Pennine Way, Pennine Journey and Teesdale Way) pass through the town which provides a rich variety of places for walkers to eat, drink and stay. 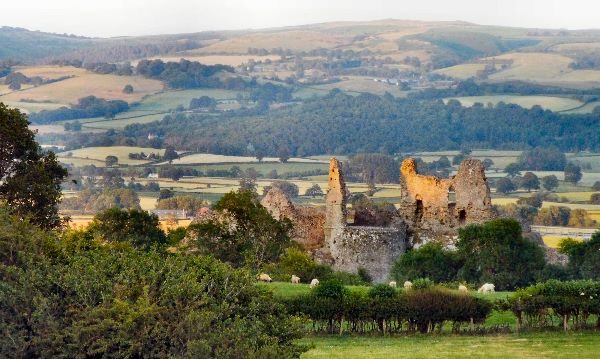 Montgomery is the tiny old county town of Montgomeryshire; a Border town steeped in history and lost in time with its mediaeval street plan and Georgian frontages all set in the glorious, varied and unspoilt countryside of the Welsh Marches. This is superb walking country and the town’s cafes and other traditional businesses give a very warm welcome to walkers.

Much Wenlock is a beautiful medieval town, the birthplace of Dr William Penny Brookes, the inspiration for the modern Olympic Movement. A small town, it is popular with visitors who enjoy the traditional shops, architecture, history and the walks in the beautiful Shropshire countryside, including the magnificent Wenlock Edge escarpment. 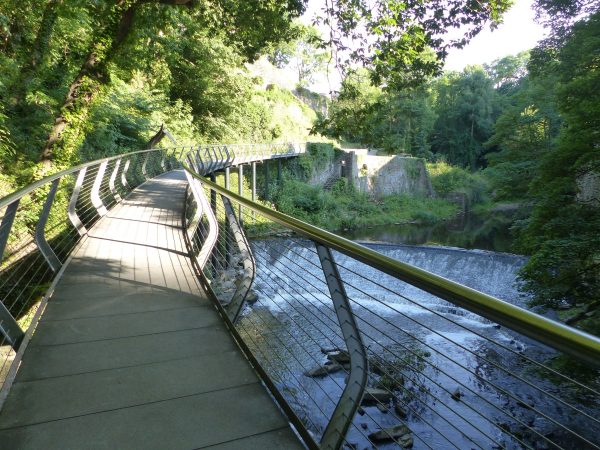 New Mills lies on the edge of the Peak District within the High Peak district of Derbyshire. The town is proud of its industrial heritage but is predominantly a rural parish. Our pride and joy is “The Torrs”, a sandstone gorge at the confluence of the rivers Goyt and Sett, featuring the iconic Millennium Walkway. 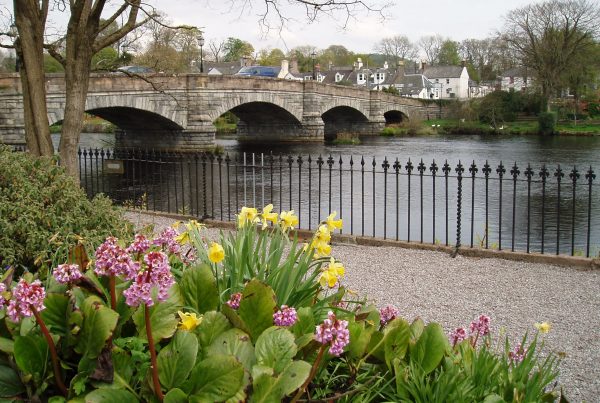 Newton Stewart is a small market town in rural Galloway, south west Scotland. We are the Gateway to the Galloway Hills and have the Galloway Forest Park, the Galloway Dark Skies Park, Galloway and Southern Ayrshire Biosphere Reserve and the Solway coast on our doorstep.