The town has expanded rapidly over the last 20 years and now has a population of about 12 000. A further 1800 houses are planned.
Gillingham School serves the town and surrounding villages and enjoys a very high reputation. All four primaries and four nurseries are actively involved in community events.
Riversmeet, the sport and leisure centre, is the only community owned and run leisure centre in the country. Always something new to try here.
The town has a longstanding Carnival in October. June sees the Gillingham in Gear vehicle rally.
The Gillingham and Shaftesbury Show in August is the highlight of the local farming year. It has its own showground outside the town which hosts a varied programme of events during the summer.
The Town Meadow (see photo) in the centre of the town, which is developed and managed by volunteers, hosts smaller events throughout the year.
The thriving North Dorset Rugby Club has extensive grounds on the edge of Gillingham and Gillingham Town Football Club has a new ground on the opposite side of town. 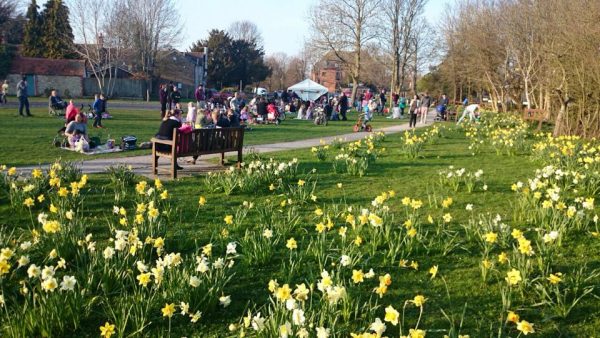