Written by Naomi Wrighton on December 6, 2021. Posted in News.

The views are breath taking.  Kington is nestled in the valley below, lying in the shadow of Hergest ridge, still in Herefordshire but loomed over by the Welsh mountains. This is border country, known as the Welsh Marches. A hidden gem and I’m enjoying some of the best walking this country has to offer. I’ve just hiked 4 miles up from Kington and arrived at The Cattle Shed cafe at Penrhos Court. 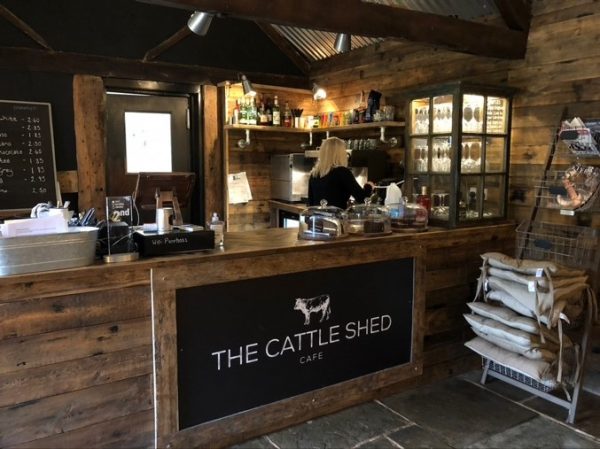 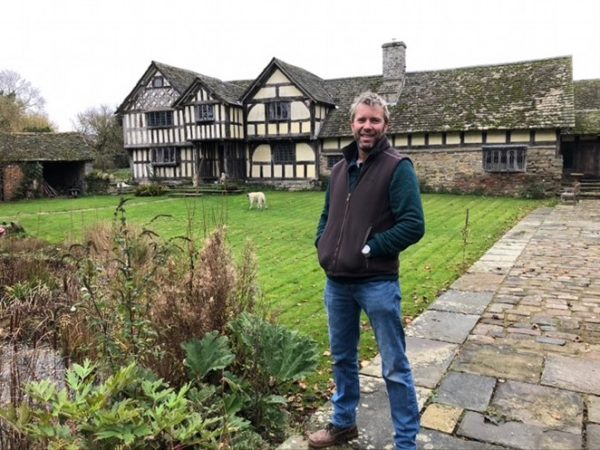 Latte in hand I snuggle into a chair next to the large inglenook fireplace and admire the clever renovation of this former barn into today’s cosy rustic café. Out the window I can see the rest of Penrhos Court, over a pretty pond and courtyard to a stunning 15th century timber framed building with a large cruck beamed banqueting hall.  Apparently, there was a murder back here in 1546 when a certain Walter Badam was killed with a sword that gave “one mortal wound or blow on his right eye brow”.   Otherwise little more is known about the original history of this place and its now famed for its more recent history. 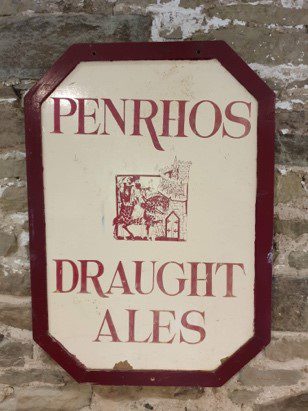 It’s hard to image now but in 1970 Penrhos court sat derelict and destined for demolition until business man Martin Griffith and partner Daphne Lambert bought it and transformed the long barn to the west of the courtyard into a hotel. Over the years it became a popular place to stay for famous guests speaking at the nearby Hay Festival.  I’m told Queen, Robert Plant Mike Oldfield and other A listed musicians also found a safe haven here and have jammed together around this very fire. In 1976 Terry Jones of Monty Python fame, teamed up with Martin and they opened up the world’s first microbrewery and created the Penrhos Ale.  It’s said that many episodes of Monty Python were written here and most probably the movie ‘Life of Brian’. 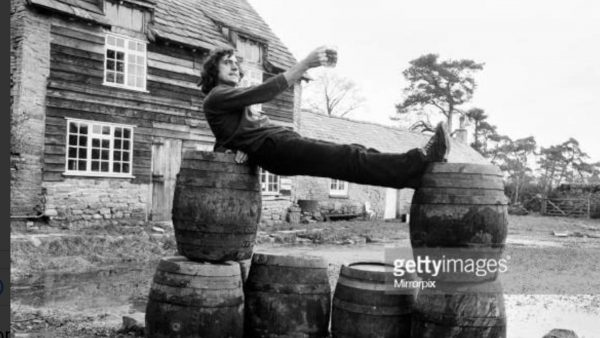 Past: Terry Jones outside the brewery

I’m shown around by the current owner Mark Bentham, who with his partner Laura, have now converted the hotel into 7 beautiful, high spec, self-catering cottages and one B&B, which they hope to open by Christmas 2021. Mark proudly shows off their new super expensive but environmentally friendly heating system, a massive ground source heat pump that fills a whole barn and I’m shown the location of a future swimming pool powered by solar panels, but for me the piece de resistance is the old barn.   Now beautifully renovated but delightfully rustic and medieval, it’s scheduled to open next spring as a traditional old pub and to be called The Python Arms in homage to the late Terry Jones. 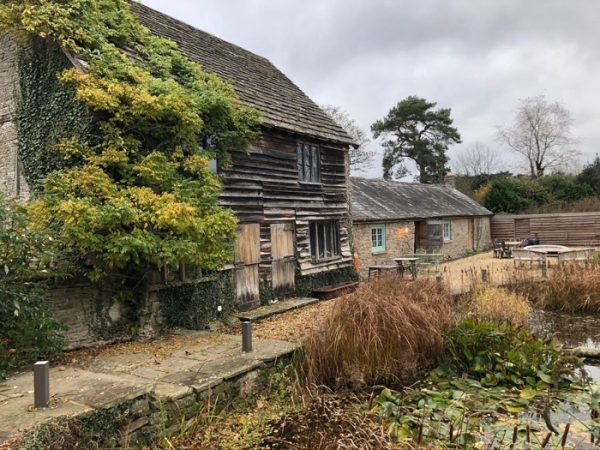 I shall most definitely be back to have a pint here and raise a toast to the Monty Python team. But for now, I finish my coffee and say goodbye to the resident dogs Leo and Mouse (two very friendly and very enormous rescued Turkish Kangals, who are free to wander the grounds).  It’s time to head out and complete the 3 mile walk back to Kington.

For a circular walk from Kington via Penrhos Court see website   https://kingtonwalkinghub.com/the-python-arms