The Llandovery WaW Group have maintained a regular programme of walks of two walks a month over the last six months or so. During this time we have been able to successfully complete the two annual Charity walks which we organise each year, the first of which was a circuit in mid-December of the trail around the magnificent edifice of Carreg Cennen Castle, in Carmarthenshire, the proceeds of which we donated to BBC Children in Need, and the second being a new walk on our programme, which took the form of a new circuit of the village of Myddfai, and the proceeds of which were donated to the Kidney Wales appeal. 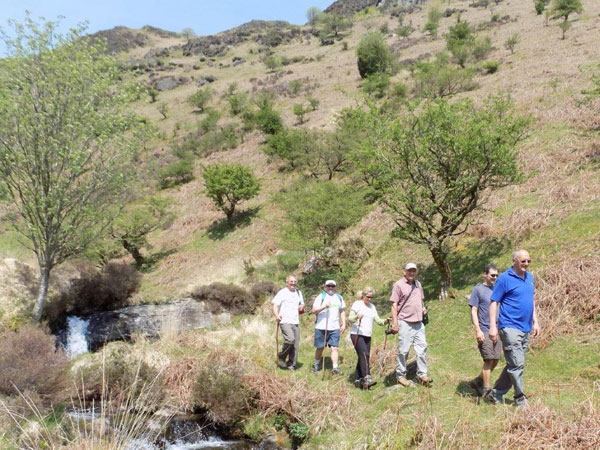