Anniversary of the Caradon Trail launch

Twenty one walkers set off on Saturday 5th March to mark the anniversary of the Caradon Trail launch; 17 miles of lanes, tracks and paths suitable for walkers, cyclists and horse riders, linking Liskeard and surrounding villages to Bodmin Moor. The day was chilly but sunny, history stops included Halbathick Farmhouse, the oldest building in Cornwall to have been used as a non conformist meeting place, remains of the 1846 level crossing keepers hut on the Liskeard & Caradon Railway at Old Treworgey and an inspection of the only surviving signpost to the Liskeard to Looe canal. 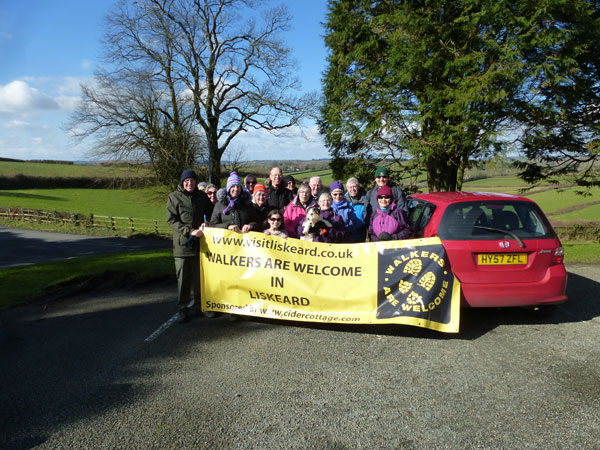