On April 28th the Llandovery Walkers are Welcome group inaugurated a new walk to raise funds for Kidney Wales. It took place in the area around Rhandirmwyn, in the southern part of the Cambrian Mountains of mid-Wales, and was of some 10 kms in distance. The participants took what was essentially a triangular route, i.e, one which followed paths along two river valleys, the Doethie and the Gwenffrwd, and which were joined by a steep climb up through the RSPB Reserve of Allt Rhyd-y-Groes and across the plateau above. The participants were rewarded for their efforts not only by the glorious weather but also by a sense of achievement in following a route for the first time: and they were unanimous in their belief that this walk will become an integral part of our programme in the years to come. 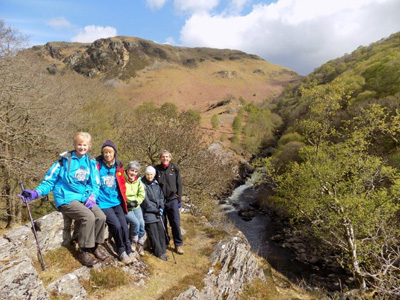