Llandovery has caught the WaW bug!

It can now be said with increasing conviction that the Llandovery Walkers are Welcome group is making its own particular contribution to the community life of this small market town.

An attractive collection of ten walks in the local area has been identified, and negotiations are now in hand with the Brecon Beacons National Park authorities with the aim of having these walks published into a booklet.

We have also contributed two walks to Steptember 2014, the monthly Festival of Walks in the Cambrian Mountains, organised from Tregaron by the redoubtable Dafydd Morgan, himself a Llandovery boy!

Finally, we are delighted to know that our neighbouring town of Llandeilo, some twelve miles to the west along the Towy Valley, have themselves recently been awarded WaW status. We now look forward to being able to work together in a number of initiatives, one being the delineation of a footpath joining our two towns. 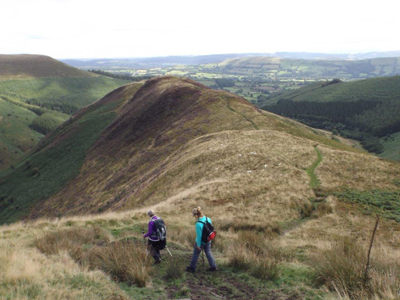